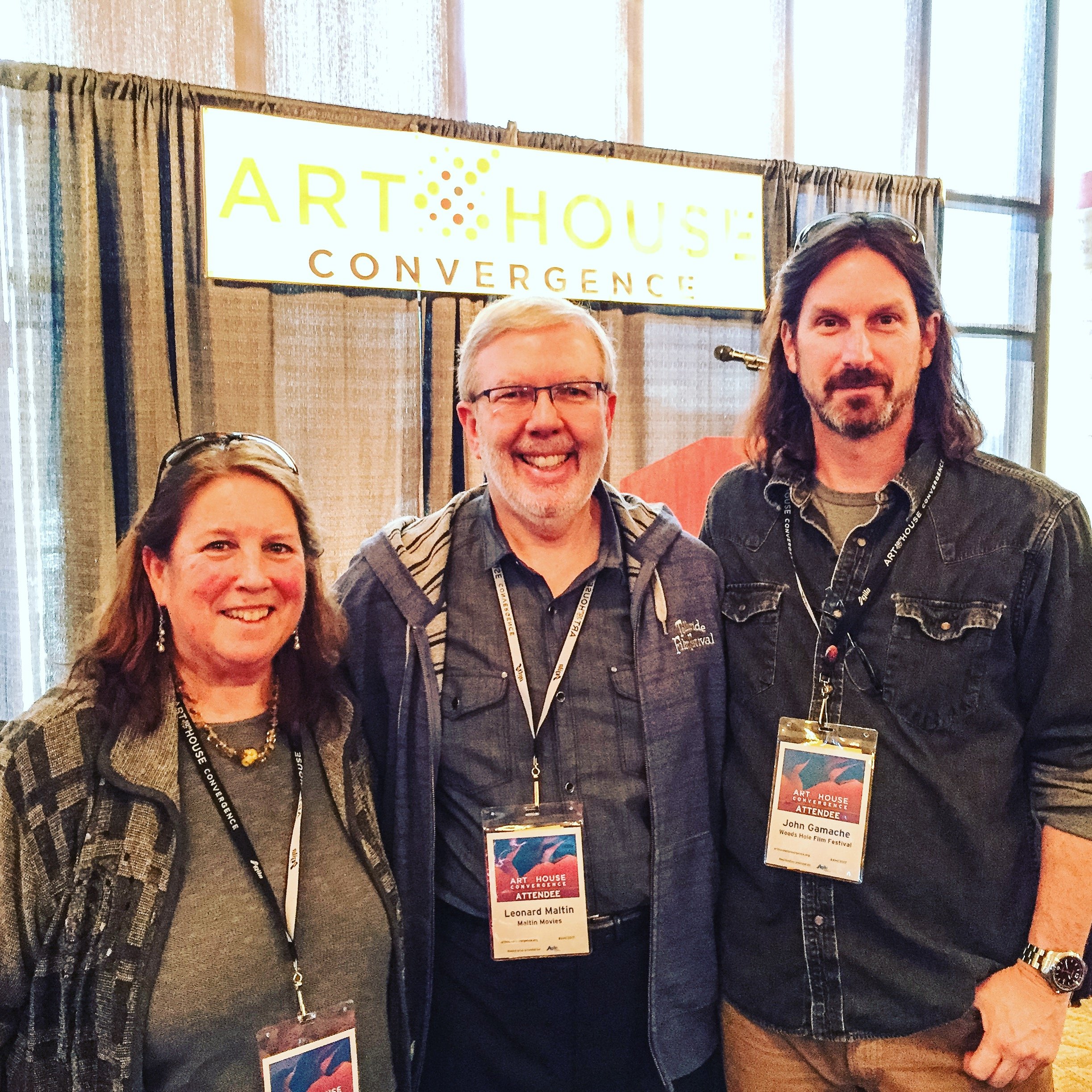 We’re so lucky to have an incredible arts scene on Cape Cod, including two major film festivals. In recent years, the Woods Hole Film Festival has really come alive, in our view (we’re not alone – Yankee Magazine named it one of the “Top 10 Massachusetts Summer Events of 2017). Founder/director Judy Laster and associate director John Gamache gave us the skinny:

Tell us how you found your way to small but mighty Woods Hole!
John: Born and raised in Binghamton, NY but my family came to Cape Cod (Dennisport) every summer when I was growing up. Lived in the Seattle/Tacoma area for 17 years before moving to Mashpee in 2013.
Judy: Born and raised in Bethesda, Maryland, but growing up I spent summers in Woods Hole. I’ve spent the past 30 years splitting my time between Brookline and Woods Hole, but I’m a full-time Woods Hole person now.

What’s your role with the Woods Hole Film Festival?
John: I am the Associate Director, which means I do a little of everything – from graphic design to membership to programming to pushing play on screening days.
Judy: I am the founder and director of the Festival. John and I now work year-round to organize and present the Woods Hole Film Festival, now in its 26th year, as well as two monthly film series (Film Falmouth and Dinner & A Movie) that take place from September through May in Woods Hole at Redfield Auditorium, WHOI and at Falmouth Academy; Best of the Fest at Cotuit Center for the Arts; Woods Hole to Wellfleet music documentary series; Winter Screenwriters Conference, and other special events throughout the year.

Why is the Woods Hole Film Festival is so special and enduring?
The Woods Hole Film Festival is eight days of film screenings, panel discussions, workshops, master classes, music and parties. Every year we program more than 130 films by emerging independent filmmakers from around the world. More than 80 percent of the filmmakers attend the Festival with their films. The Festival is a wonderful opportunity to see great films, meet the filmmakers and be part of a creative, dynamic and exciting community. Many of the filmmakers return as alumni in future years with their next films. It’s worth making the effort to come to the Festival, whether it’s for one film or for all eight days because you can see great films and meet the next generation of independent filmmakers as well as have a lot of fun.

In an age in which we consume so much content on demand, what makes attending WHFF worth the trip?
You’ll have the opportunity to see the world premieres of many films as well as some of them with the cast and crew. This year, we also have a number of special guests, including actress-turned-filmmaker Karen Allen (Raiders of the Lost Ark, Animal House); NASA Astronaut Sunita Williams (featured in the documentary The Mars Generation); screenwriters Nora Kay Foster (American Odyssey, Heroes, The Practice), Doug Jung (Cloverfield Movie, Star Trek Beyond). The chance to see a film with an audience, to hear the post-screening Q&A, and to meet the filmmaker make it a much more engaging experience than watching at home. Plus, there are great bands playing at the end of every festival day!

Do you recall a moment when your interest in film was galvanized?
John: A film that had a big influence on me is Barry Levinson’s Diner, but I have so many good memories of seeing movies growing up it’s hard to pick one moment. Being able to work with so many talented filmmakers all year long and see so many amazing stories on the screen only reinforces my love and appreciation for filmmaking.
Judy: When I saw Butch Cassidy and The Sundance Kid.

Film you’re most excited to see:
John: Don’t make me pick. Judy: We like all of them!
{editors’ note: the lineup really IS awesome – and we can’t wait for The Crest, which we’re sponsoring! It’s about local surfer/artist Andrew Jacob and his Irish roots}

Favorite spot(s) in Woods Hole to get coffee, a bite and/or a beverage before/after a screening?
John: Coffee Obsession served as a great mobile office for us during the off-season. You really can’t go wrong with any of the places in Woods Hole though. We’re very lucky.
Judy: Coffee Obsession, Pie in the Sky, Woods Hole Market, the Captain Kidd, Water Street Kitchen, the 41-70, Quicks Hole Taqueria.

Any insider tips to optimize our Woods Hole Film Festival experience?
Purchase your tickets online before you come to the Festival, that way you can go directly to the screening (there are several package options in addition to single tickets). Also, leave yourself enough time to get here. There is Festival courtesy parking after 5 p.m. at the WHOI School Street Lot and the WHOOSH Trolley is adding two late night runs so you can park in Falmouth and take the trolley to Woods Hole and back to Falmouth after the films.

A standing ovation to John and Judy for their enthusiastic year-round efforts to bring entertaining, compelling cinema to Cape Cod, and for chatting with us! If you’re a local film buff, check out their year-round volunteer opportunities. Be sure to follow the Woods Hole Film Festival on Facebook, Instagram, and Twitter – tag #woodsholefilmfestival and #lovelivelocal to let the world know what you think!

Find out all of our insider information on how to love and live like a local!

We’re currently accepting advertisers for our 20

Wrapping up a beautiful day on #capecod ☀️ we

Today + every day we lead with LOVE. ❤️ Love f

Nothing says true love like one of our beloved Bon